Past designteams and gdt spots

I have been a designer for a swedish scrapstore called Stämpelgården between november 2009 and september 2010. Unfortunately Stämpelgården had to close in february 2011. :(

A huge thank you ﻿to the lovely owner Millan and Marie for our lovely time togheter :)

I was a designer for Papilio stamps between september 2010 and april 2011. 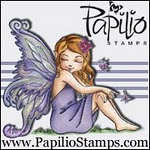 Thank you so much Malin for believing in me! I have had a such a great time during my dt period! You create some pretty awesome stamps :)

Thank you Katharina for allowing me to play with some of your gorgoues stamps. It was a blast! :)

My lovely and amazing friend, Kellie Winnell, the owner and founder of Tickled Pink Stamps asked me on as a gdt in february 2011! I was so happy to be asked on permanently soon after that and I stayed with her til august 2011.

During 2011 I was lucky enough to be asked on no more than three amazing teams! I´m so proud. However when I got pregnant in october 2011 I had to slow down a bit. I would have liked to stay on these teams a bit longer but sometimes life get in the way ;) They are:

Little Darlings,  illustrated by hugely talanted, Angela Hunt  and they can be found in her store, Love to stamp. I was part of the dt between 1st of august - 31 th of november 2011.

Thank you so much for believing in me, Angela! I loved being a part of your talanted team!

I was invited by my sweet and generous friend, Alby, to join in on his outstanding team over at Deep Ocean challenges. I was lucky enough to be a teamie there between may 2011 - january 2012. 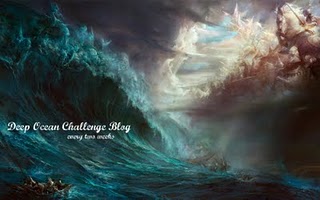 Thank you Alberto and Elena! I had a blast!

For a much shorter period than I would have liked (due to my pregnancy) I was part of the designteam on the norwigan challenge blog Anonyme Scrappere, only two months...

Thank you ladies,I had so much fun and I wish I could stay on longer :)

Welome to my craftingplace in cyberspace :) I live in Malmoe, Sweden with my loving family. My hubby´s name is Johan and we have a five year old daughter called Signe, and a newborn little girly called Ella.
Here you find diffrent kinds of crafts, mostly made of paper. Cards, Lo:s, deep edge canvas frames...

I´d like to inform you that all projects/designs found on my blog are copyright to me.

It´s an honour for me to see you want to use my designs as an inspiration but please respect my right not to have my designs copied or entered for competitions or publication.
Thank´s for checking by, please leave a comment so I can visit you back :)