LLC: Once upon a time 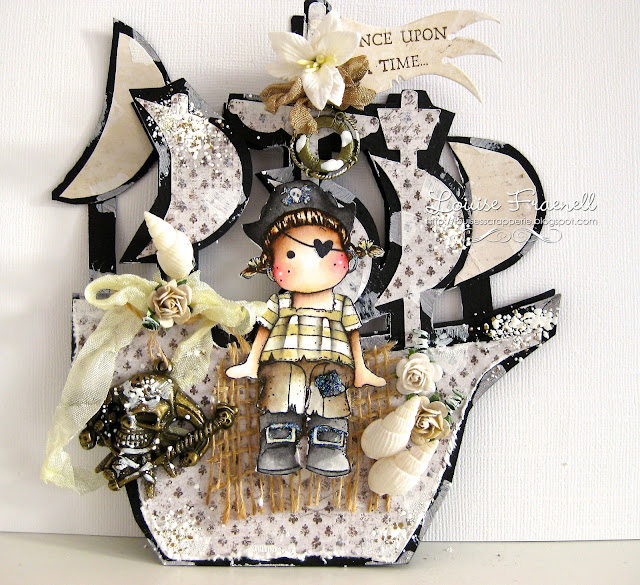 Hi everybody and welcome to my place!
Oh am I exited about this weeks posting for LLC or what? I am , if you saw me now I would be jumping about :)
This week our theme is "Once upon a time" and that is just a lucky strike isn't it? I seem to have been telling stories a while now ;)

I immediately knew I wanted to make a somewhat cool card because I had already chosen my fairytale. Its the legend of Princess Alvilda. I doubt that you have heard of her. As the Pirates of the Caribbean movie was launched I watched it just because Johnny Depp was starring. Okay, so come on - so did you right? ;) And then I was soooo sold! That movie is like the bestest...ever ;) Johnny isn't the only one doing an awesome job portraying his character, so is Kiera Knightley. I must admit I had no idea there actually where woman pirates so I started searching and they weren't many of course. BUT there were some and o boy! All texts about these woman said they were some of our first feminists. Alvilda was a viking princess whom was known to defied every man who crossed her path. She immediately fascinated me as I live in the county she did once here in Sweden.
Most historians agree that Alvilda did exist once however the stories about her has been proven to be somewhat more of a fairytale.

I found a text about Alvilda in a book written by Anne Wallace Sharp "Daring female pirates" as i was looking into this and of course I had to share a short version of the legend with you all.

Alvilda's father was the king of Gotaland and she was his only daughter. Once she became of age he locked her up in the tower of their castle! There she was guarded by poisonous snakes and lizards. The first man to get past these animals alive to ask for Alvilda's hand was the only one worthy enough the king thought. However he had also stated Alvilda had to agree to marry as well. Its not known how many men died trying to get to Alvilda. The only one who was successful in his attempts was a prince called Alf, of Denmark. However Alvilda didn't want to marry and her mother ended up helping Alvilda escape and she also managed to talk some servants into come along in her escape. These servants are also supposed to have been against marriage. Together they managed to steal a ship and made it to the sea. She eventually was known as the terror of the Baltic sea. She mostly targeted Denmark. Historians believe it was a form of revenge. The danish king ordered Alf to exterminate the pirates and he was eventually successful. Although the ladies did put up a good fight the were out powered by Alf and his men. As Alf was about to execute the captain Alvilda's helmet fell off and exposed her long hair. Alf couldn't bear the thought of killing her and again proposed marriage. Alvilda eventually caved and said yes because this time she had no other choice. This was years later after being independent for a long time.

So my choice of image was easy, it was one of the pirate Tilda's that were released a couple of years ago by Magnolia. She is colored with my distress ink pads on 300 g watercoloring paper. The pirate ship card is cut out using my Silhouette Cameo and then I altered it a little adding more sails to it. I hardly don't think Alvilda's ship was this cute but if it wasn't it wouldn't be "me" if you know what I mean ;) I added some truly cool charms to it. LOVE that skull with the rose! I also added some of the utterly stunning sea shells. As always all the products Ive used can be found in the Inlinkz gallery at the end of my posting. 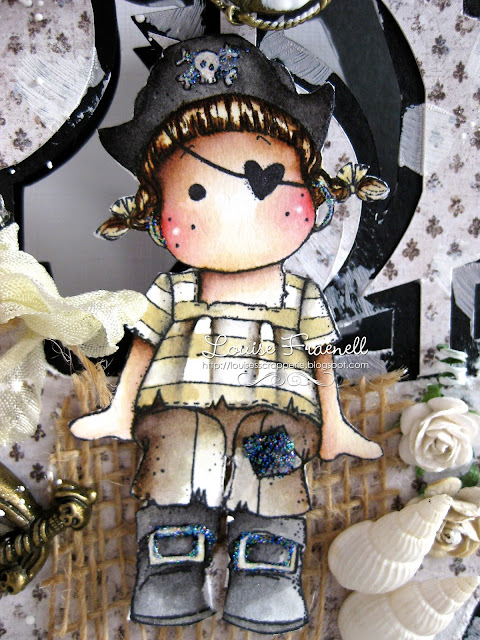 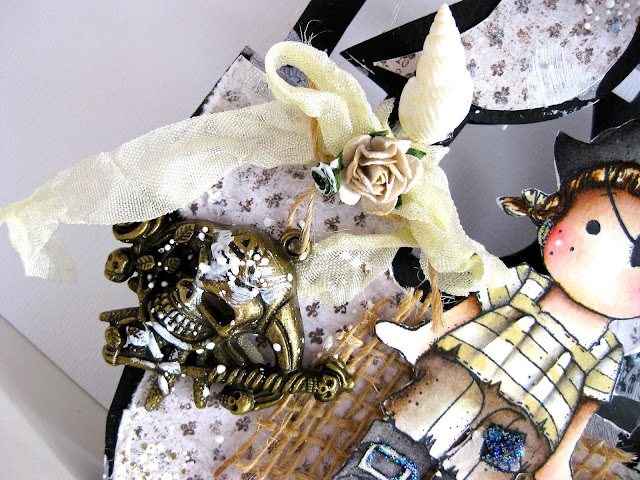 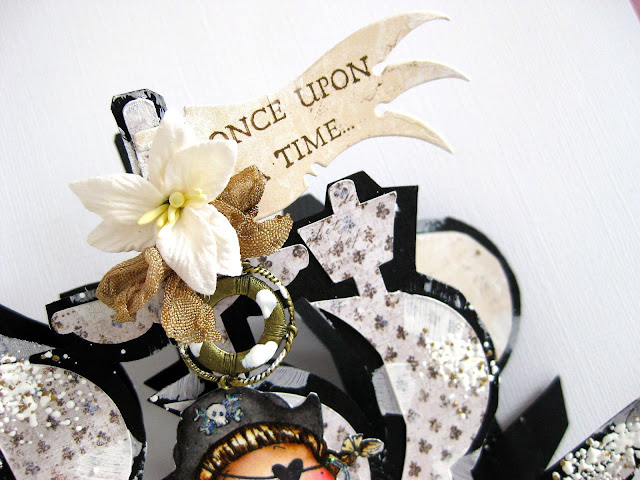 I hope you will like my make :)
Lots of love

Lägg till kommentar
Läs in mer...

Please leave a comment, that would make me thrilled :)
XOXO ♥

Welome to my craftingplace in cyberspace :) I live in Malmoe, Sweden with my loving family. My hubby´s name is Johan and we have a five year old daughter called Signe, and a newborn little girly called Ella.
Here you find diffrent kinds of crafts, mostly made of paper. Cards, Lo:s, deep edge canvas frames...

I´d like to inform you that all projects/designs found on my blog are copyright to me.

It´s an honour for me to see you want to use my designs as an inspiration but please respect my right not to have my designs copied or entered for competitions or publication.
Thank´s for checking by, please leave a comment so I can visit you back :)